2012 XE54 was discovered by R.A. Kowalski with the 0.68-m Schmidt telescope from Catalina Sky Survey (AZ, USA) when it was approaching Earth quite fast.
I observed it the following night just after its exit from the NEO Confirmation Page, with a 0.38-m f/6.8 reflector, when it was 0.011 AU from the Eart, moving at 11.3″/min at mag. 16.4 R.
On December, 10th Pasquale Tricarico (Ph.D., Planetary Science Institute) sent an e-mail on MPML advising the astronomical community that this asteroid “was on its way to cross Earth’s penumbra cone just hours before the flyby, between 01:22 and 02:00 UTC of December 11, 2012”. This was also present in MPES service from MPC and NASA Horizon website.
I had clear night on that date so I decided to try to catch its eclipse. Unfortunately I wasn’t able to catch its “disappearing” in one single long image, but you can see how the streaks of 2012 XE54 became progressively dimmer and dimmer in time.
In these 120-sec images the asteroid was at a mean distance of 470.000 km from us moving at about 170″/min in PA 139.6°: 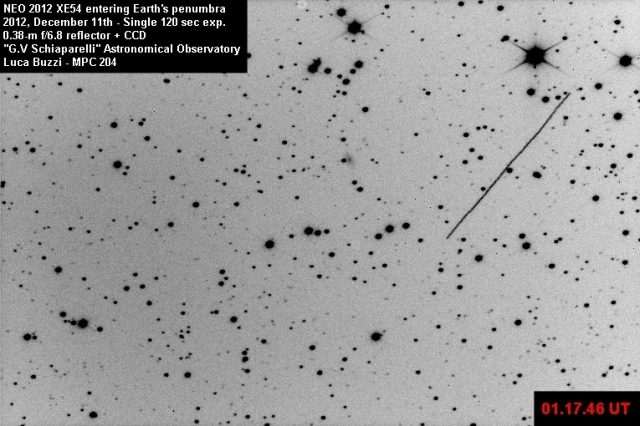 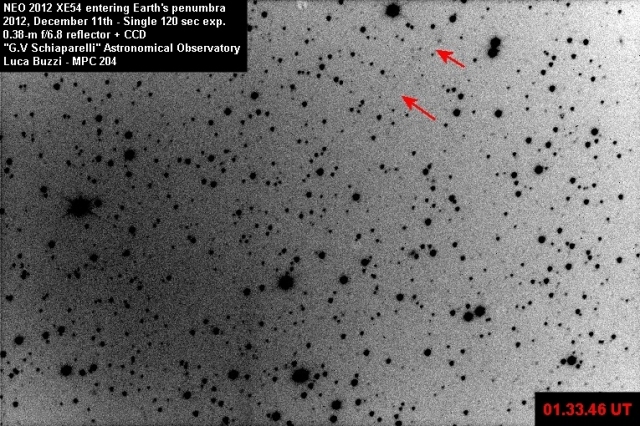 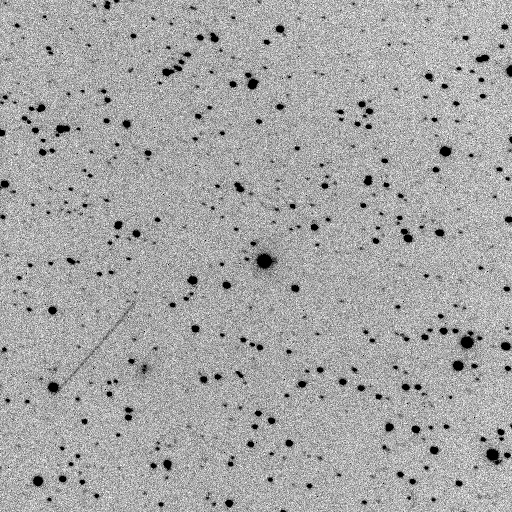 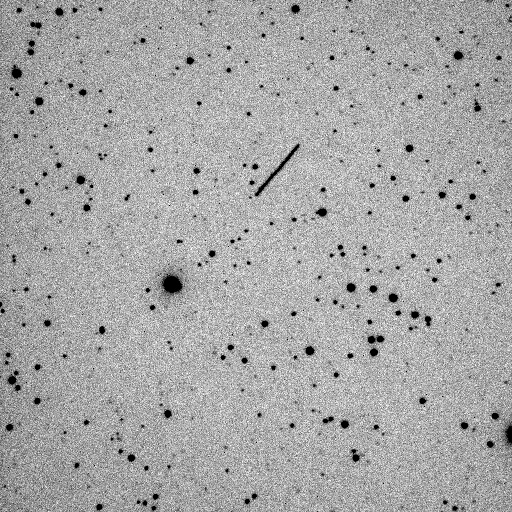 Peter Birtwhistle obtained a preliminary light curve from his images taken between 01.19 UT and 01.50 UT, in which one can clearly note the +4mag drop in luminosity when it entered deep in the Earth penumbra: